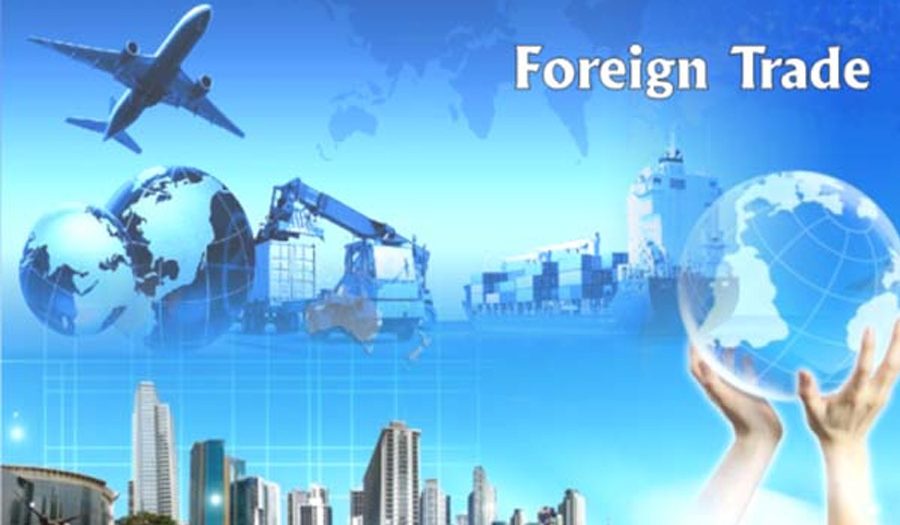 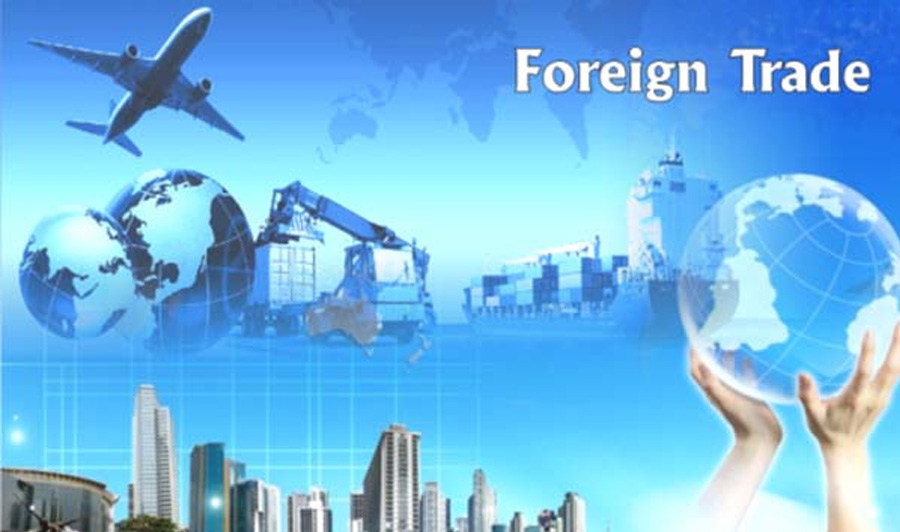 With the advent of liberalization and globalization, the world has transformed into one big giant piece of land. With dissemination of knowledge, resources, and human labor across the globe, integration of the countries via terms of trade was inevitable. But the national boundaries seem to keep this transformation into check through trade restrictions, import tariffs and other bounties. Regional Trade Agreements could, then, be understood as the key to the lock of trade restrictions. There has been a gigantic increase in number of Regional Trade Agreements during the past decades.

In essence, RTA’s are virtual trade agreements between nations to increase economic integration and solve the proverbial albatross of trade barriers. Whole world is a part of RTA’s and all the nations have participated in at least one Regional Trade Agreement. More than 60 developing nations have removed barriers to trade and might now be on a luminous path of economic development. Evidence suggests that industrial production has grown in East Asia by more than one-thirds through such removals and African nations are growing due to a rise in nascent markets via ‘adjustment programs’.

Nation states see trade agreements as necessities for strategic trade alliances and security arrangements (like the European Union). Developing countries visualize trade agreements with larger countries as a way of obtaining more security for their access to larger country markets (like the Canada-U.S. Free Trade Agreement).  Some countries have tried to use regional (and multilateral) agreements to help lock in domestic policy reform and make it more difficult to subsequently reverse (like the North American Free Trade Agreement). Other countries’ use of regional trade agreements reflects tactical considerations; conscious efforts to use prior regional agreements to influence subsequent multilateral negotiation (services in CUSTA and in NAFTA).

Below table shows some prominent RTAs flourishing in the current times 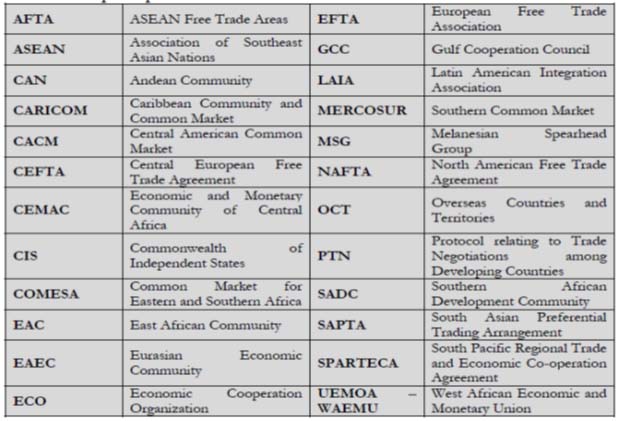 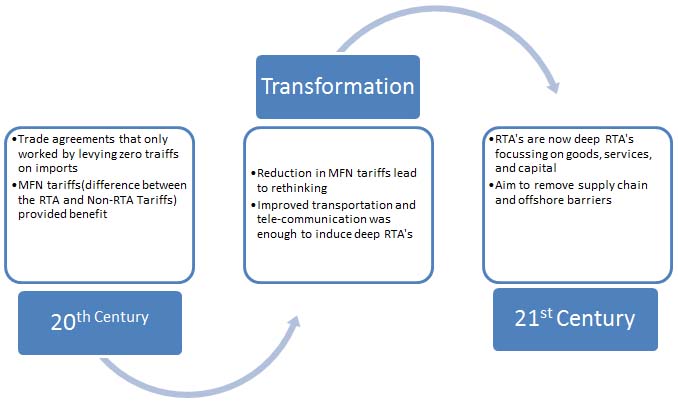 During the twentieth century RTA’s, the sole objective of an RTA was to provide movement of goods. The RTA’s back then were entered into just to remove trade barriers at the borders- (tariff preferences) – to ensure smooth crossing of goods (not even services) across borders. The minute change that was brought about was after the coinage of ‘Free Trade Agreements’ in Article 24 of the 1947 General Agreement on Tariffs and Trade (GATT) whose only aim was to ensure a Zero-tariff on the trade between the signatories. Essentially, except a very few of trade agreements, majority of them were tariff preferential in nature. To analyze the evolution of preferences Richard Baldwin checks the demise of this nature, i.e. how many PTA’s remain preferential, in his paper ‘Multilateralising 21st Century Regionalism’.

The concept of ‘margin of preference’ illustrates the benefits reaped by a nation entering into a preferential/unilateral RTA. Baldwin (2014) suggests that the margin of preference created by an RTA is calculated by subtracting the tariff applied to imports on RTA partners from tariff applied to imports on non-RTA partners, i.e. the countries’ most favored nation (MFN) tariffs. Basically, it suggests the degree of favoritism towards the RTA nations. With subsequent revisions in tariffs in advanced economies; reduction for non-RTA countries and increase for RTA countries, MFN tariffs have fallen substantially reducing the margins of preference substantiated by GATT. The below figure, from Acharya et al. (2011), shows a rise in zero tariff imports suggesting a reduction in margin of preferences. Basically, it explains a rise in MFN tariff import for all the RTA’s giving a fall in margin of preferences inducing the world to rethink about the preferential agreements. 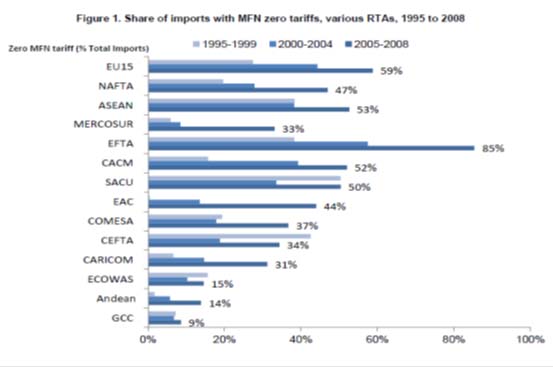 The international trade in today’s arena has evolved into more complex and bilateral flow of goods, services, and capital investments- pacts very similar to The 1957 Treaty of Rome and the 1965 US-Canada Auto Pact. The synergy has been brought about by a rise in globalization.

Theories suggest that the yesteryear transportation services were basic in nature and enabled shipping of high valued goods to nearer destinations only. Hence, states consumed what they could produce. With more sophisticated means of travel, shipping the produce to the far-off places became easier. The difference between production and consumption was seen and thus, production and consumption unbundled. But this gave a rise to ‘Coordination Glue’- a process involving production clusters due to lack of communication. An improved nature of unbundling was observed during 1980s with the telecommunication revolution. Means of communication rose as costs of telephones, fax, and cellular phones fell drastically. This resulted in further unbundling due to risen communication.

The modern times could ensure easier transport to far-off place and was benefitted by improved communication systems.

Regional Trade Agreements of the modern times are termed as ‘Deep RTA’s’. The transformation that they have seen from its twentieth century counterparts is the negligence towards the preferential market access. Their primary focus is rather on refurbishing supply chains and acquiring newer markets. 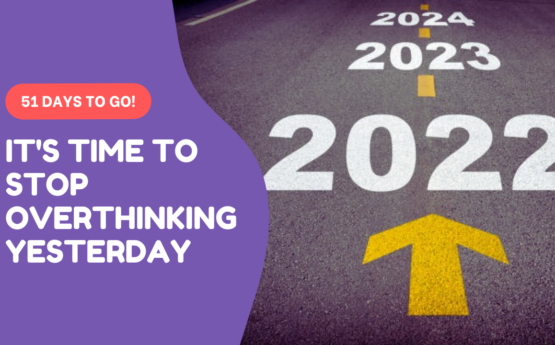 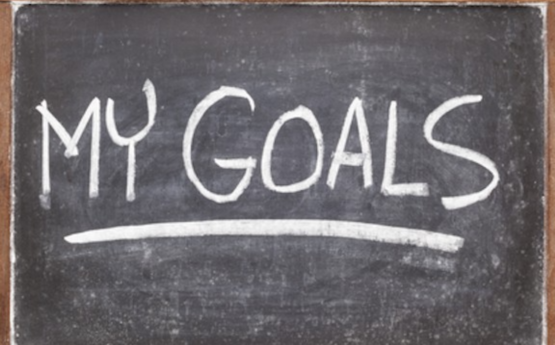 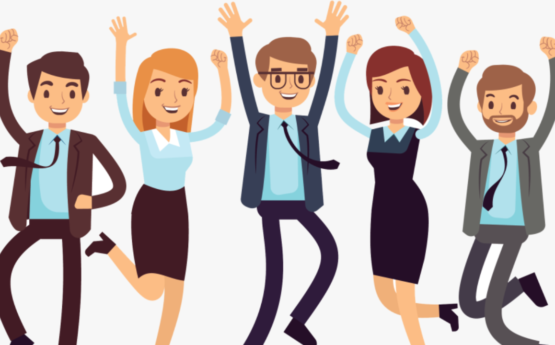